On Tuesday 9th February it was the turn of the girls football team to step up to the plate and represent St Stephen’s in the Westminster Primary Schools football tournament at Paddington Recreation Ground.

The first opponents in our group were Wilberforce. It was a nervy start but confidence grew quickly after an immediate attack on goal. We kept the pressure up and as our confidence grew, so did the chances. We finished the match as 2-0 victors, with the team captain leading by example, grabbing a brace of goals.

Next up were George Elliot. We were confident of a good result here as we had already watched them fall to a 6-0 defeat! Another attack straight from kick off proved fruitful; a goal within a couple of minutes! Hard work in both halves of the pitch lead to plenty of attacking play and the match was ours with a 3-0 victory.

Now we had a chance to collect our thoughts and go over our tactics as two other matches were to be played before were on again. We also took the opportunity to have some snacks and drinks.

After the break we were up against our third opponents, St Edwards. We were expecting a battle here as we had watched them beat George Elliot by a large margin. Despite plenty of attacking play and a couple of shots which rattled the cross bar, we were beaten 0-2.

Heads were temporarily down and energy levels were flagging slightly, however we knew we had to at least draw our final group match so we threw ourselves into the fourth game against Christchurch. We were two pretty evenly matched teams, as reflected in the 1-1 draw. We assumed we had done enough to get through to the quarter finals, however it transpired that we were level on points with Wilberforce, so a play-off was required to progress further.

We had already played this team in our first group match so we knew what to expect. Similarly, Wilberforce knew just as much about us and we drew 1-1! Just like the boys last week, we would be taking part in a penalty shoot out…

We were first up. Great concentration was etched on the face of our first penalty taker, there was no need to worry as the ball was placed firmly past the goal keeper. Wilberforce missed their first penalty; we had the upper hand. Our next penalty taker approached the spot apprehensively, but, as leading goal scorer, took her shot with total professionalism and the ball was soon nestling in the corner of the net. Wilberforce missed their next penalty and, as it was the best of three, we had won the shoot out! We were through to the quarter finals!

Our quarter final match was against Our Lady. Again, many chances were presented for us but try as we might, we just couldn’t force the ball over the line. The defence and midfield did their job time and time again, the ball eventually fell to the strikers and the ball was tucked away, 1-0 to St Stephen’s. The semi-finals was our next stop.

We faced Essendine in the semis. Again we hit the post and the cross bar but kept battling away. One of our outstanding defenders sustained an injuy in this game and we were all concerned for her well-being. However, after a substitution and short period of rest she was back on the pitch, determined to carry on with the task at hand. Now back on track we scored a fantastic goal thanks to a piece of individual brilliance up front. We couldn’t believe it! WE WERE THROUGH TO THE FINAL!!

Time for a pep talk from Mr Kwame. We decided to throw everything we had into the hat. We were going to go out and enjoy the last game of the day, come what may. We faced St Vincent’s ready for battle. It was end to end stuff, plenty of great passes and hard tackles. At one point Mr Kwame and Miss Playle were actually running along the side of the pitch towards goal with us, encouraging us all the way. We put our all into the final game but time seemed to pass very quickly and eventually we succumbed to a 0-1 defeat.

The day ended with the medal presentation for the winners, whom we congratulated and clapped, and we received our finalist certificates. We really enjoyed the day and felt that we showed resilience and determination on behalf of our school.

Here are some of our memories.

Preparing for the tournament. 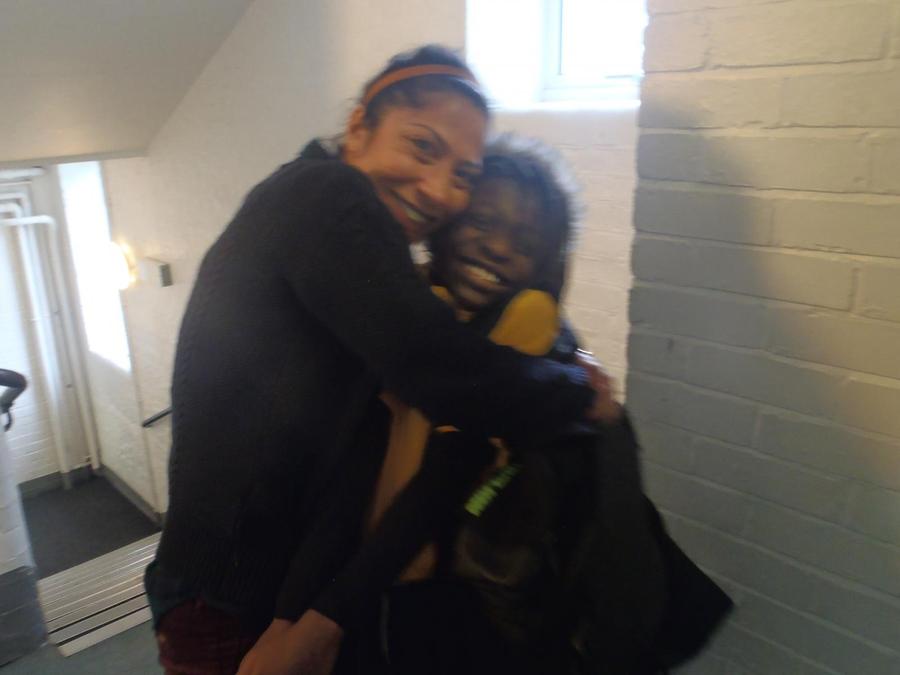 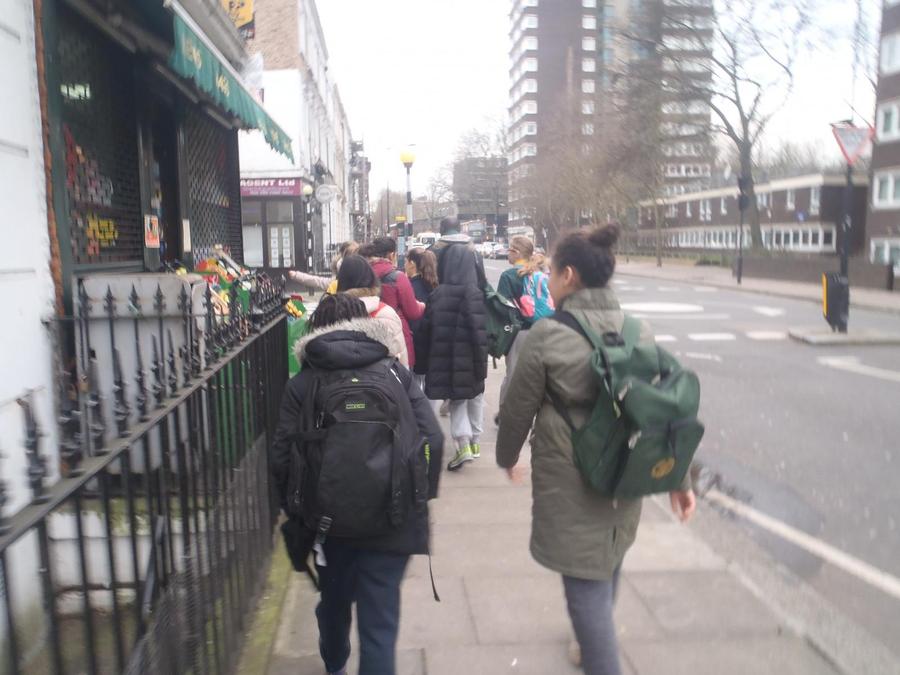 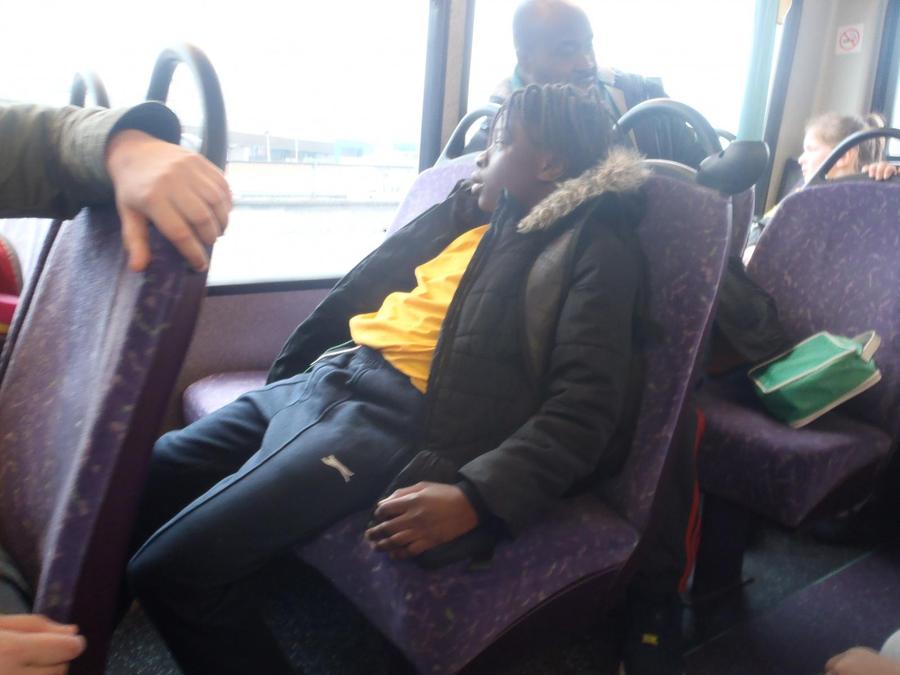 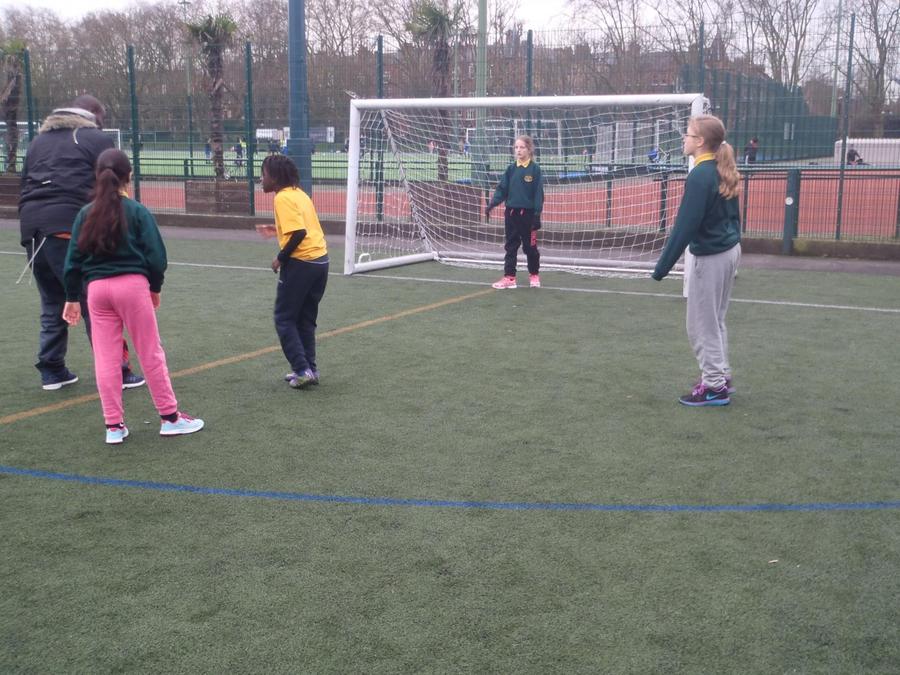 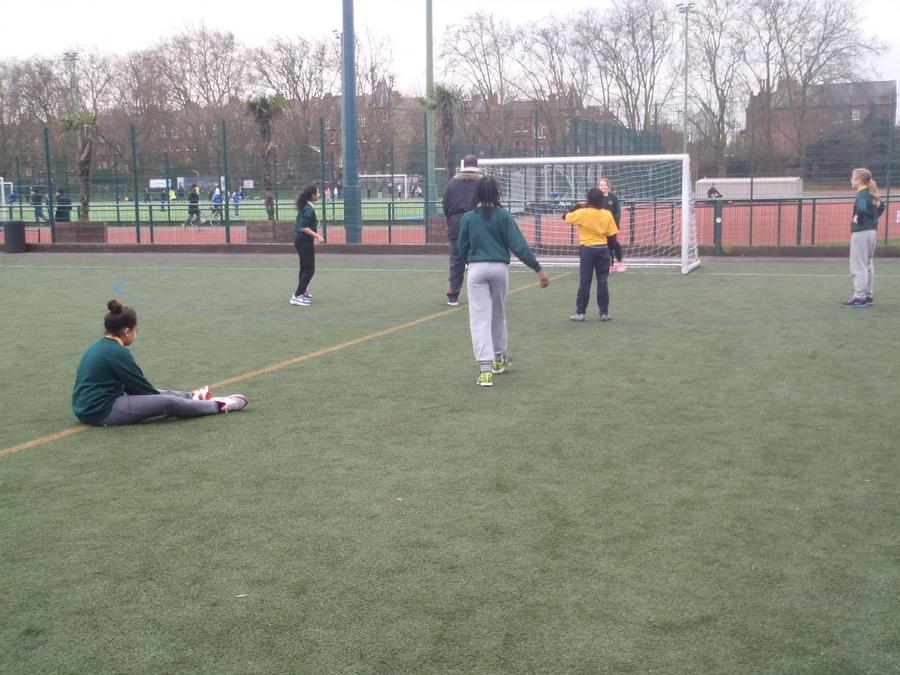 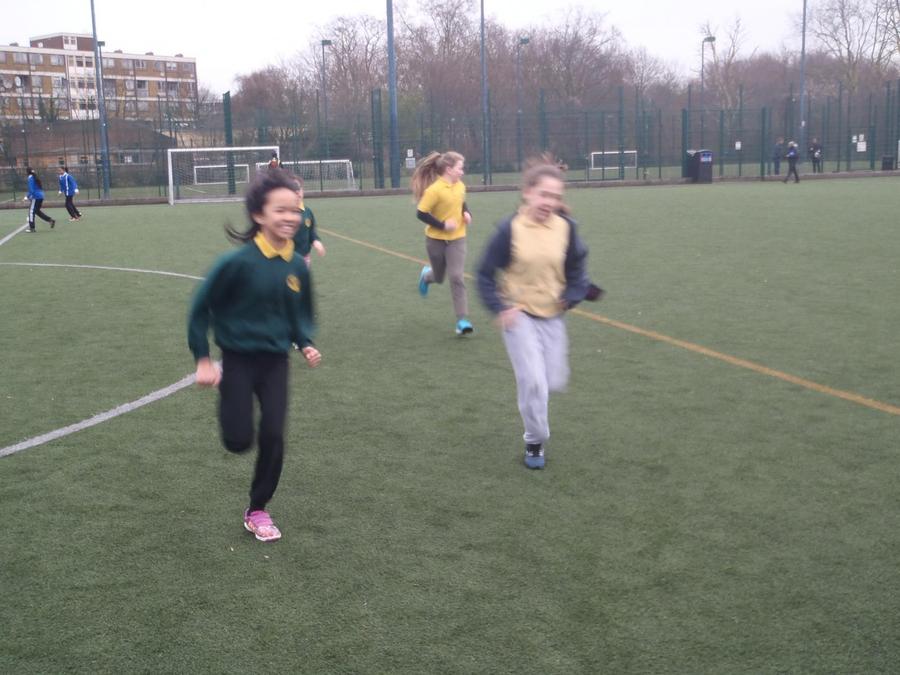 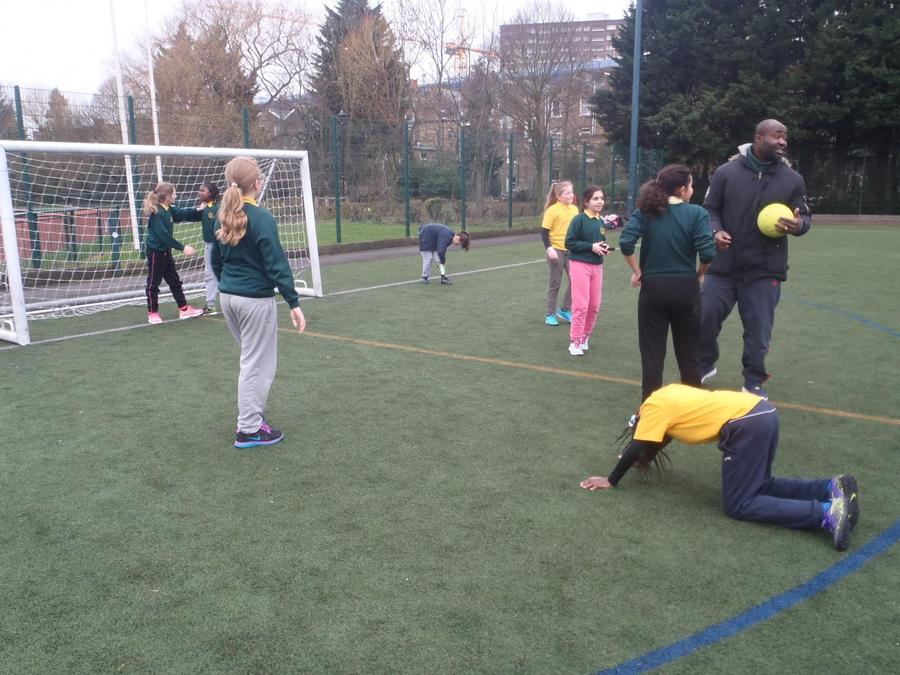 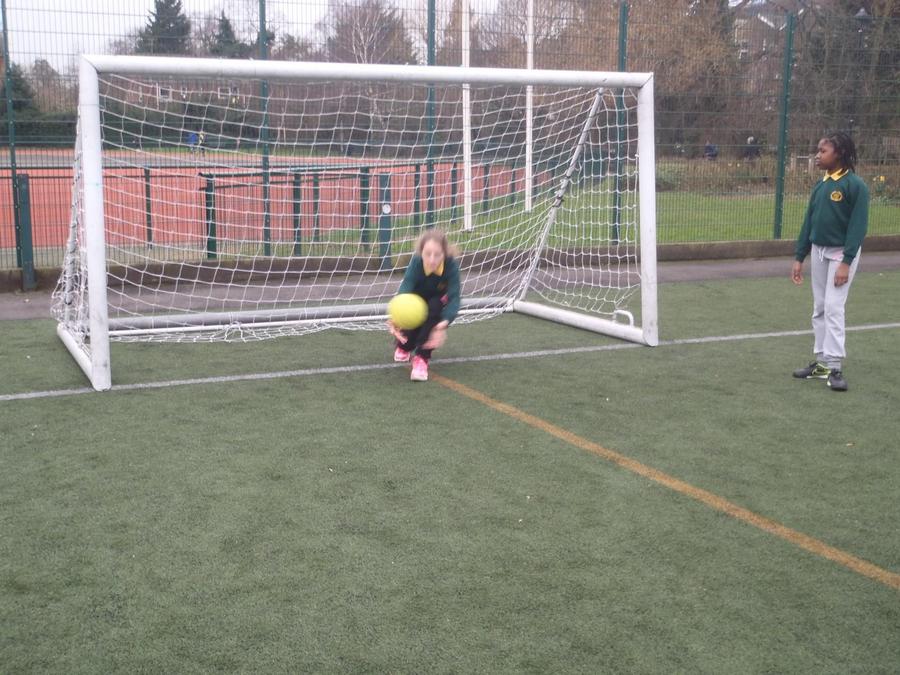 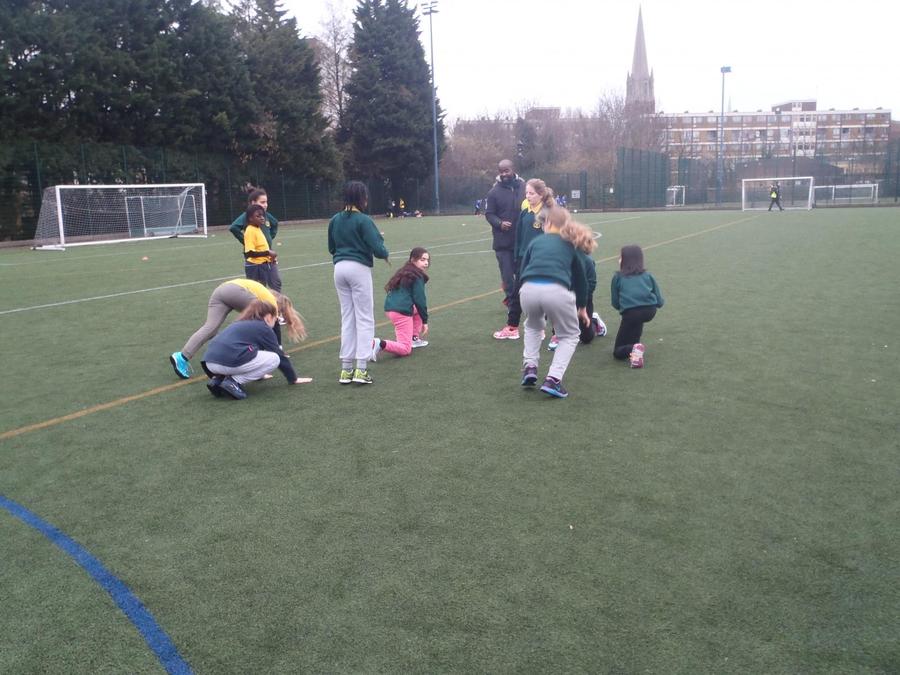 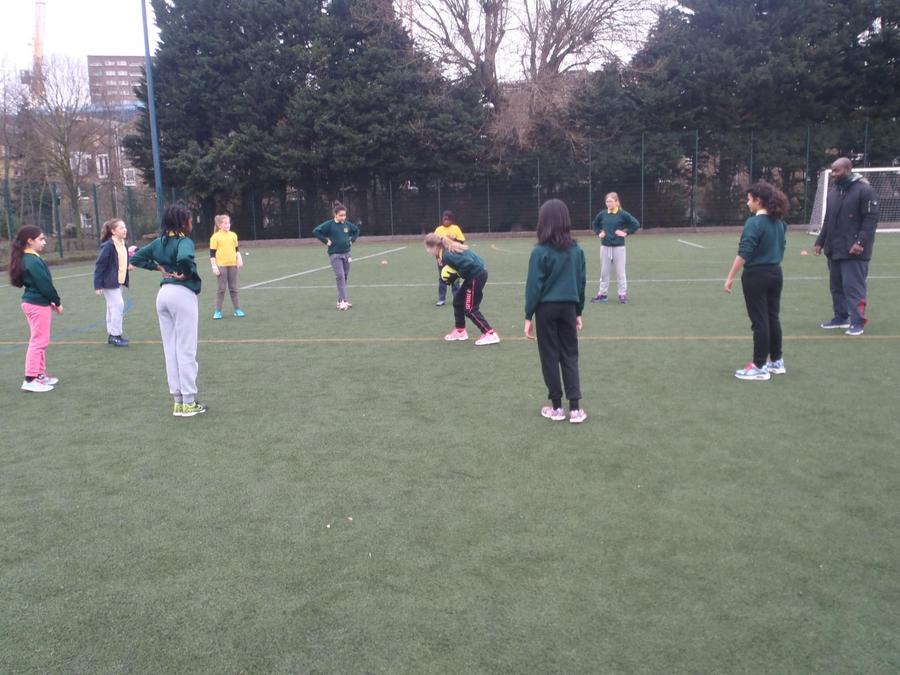 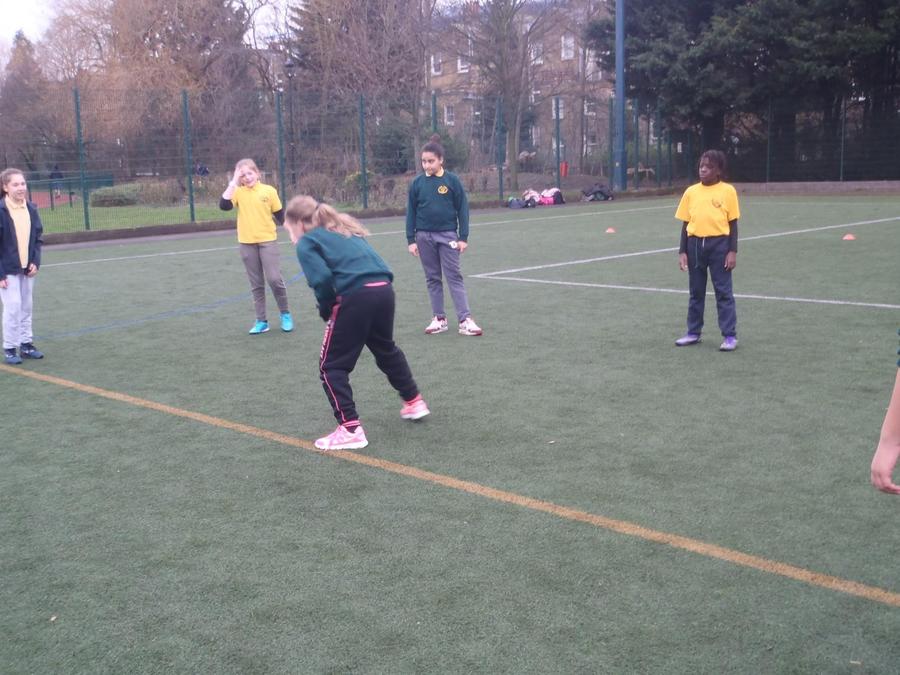 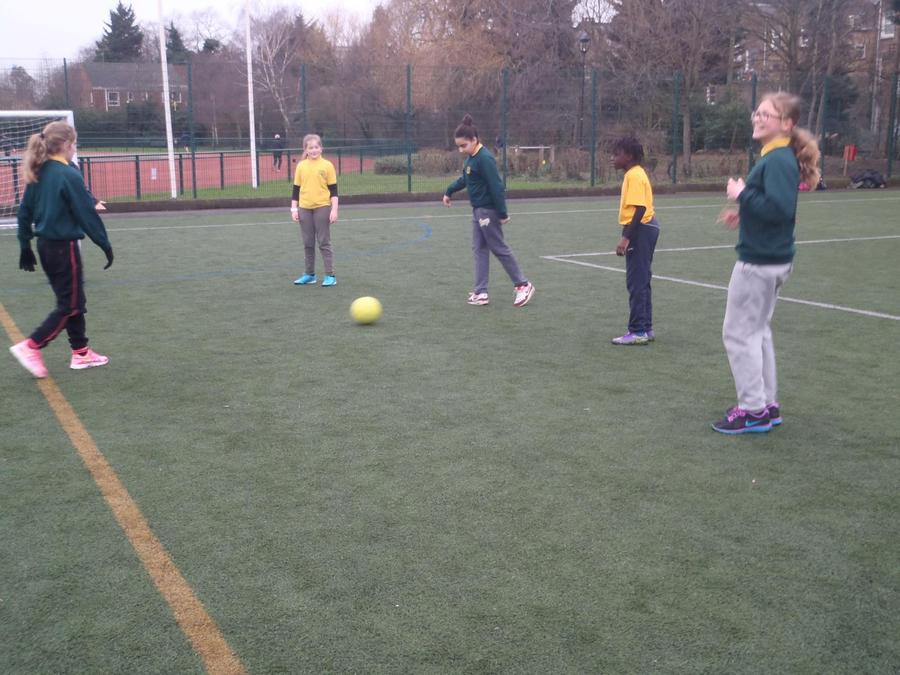 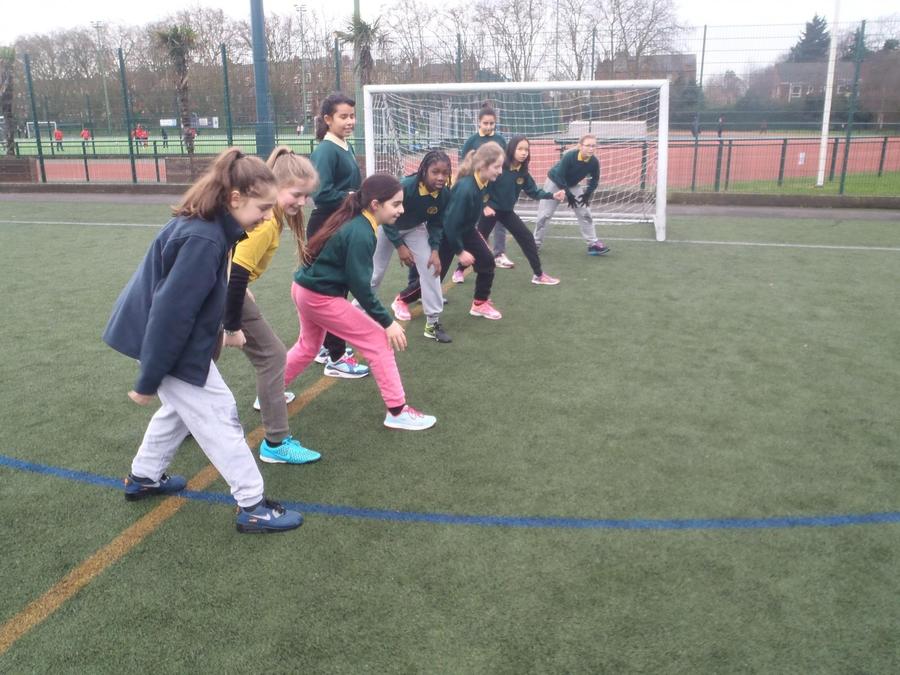 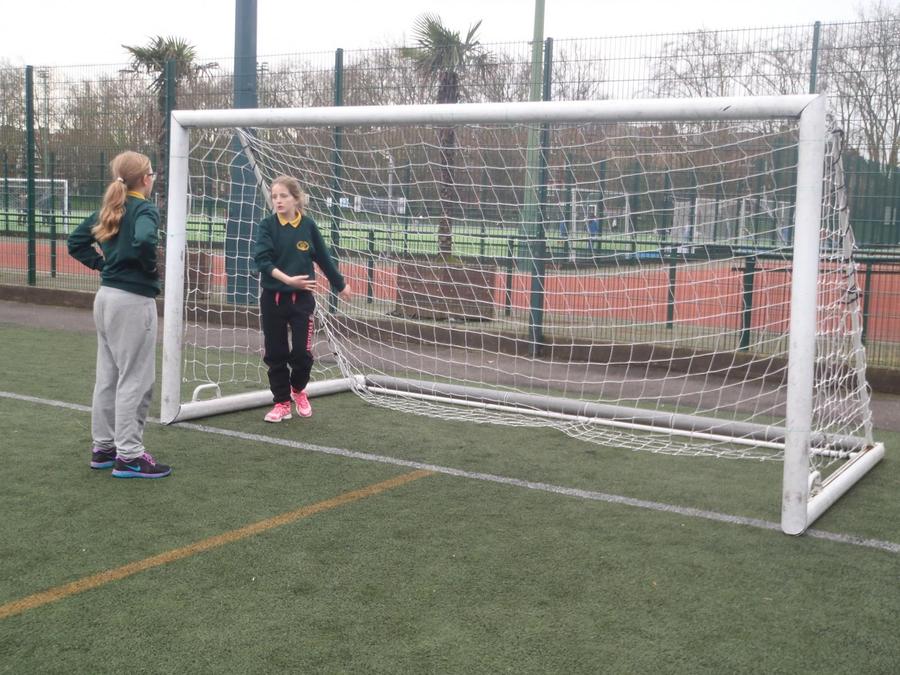 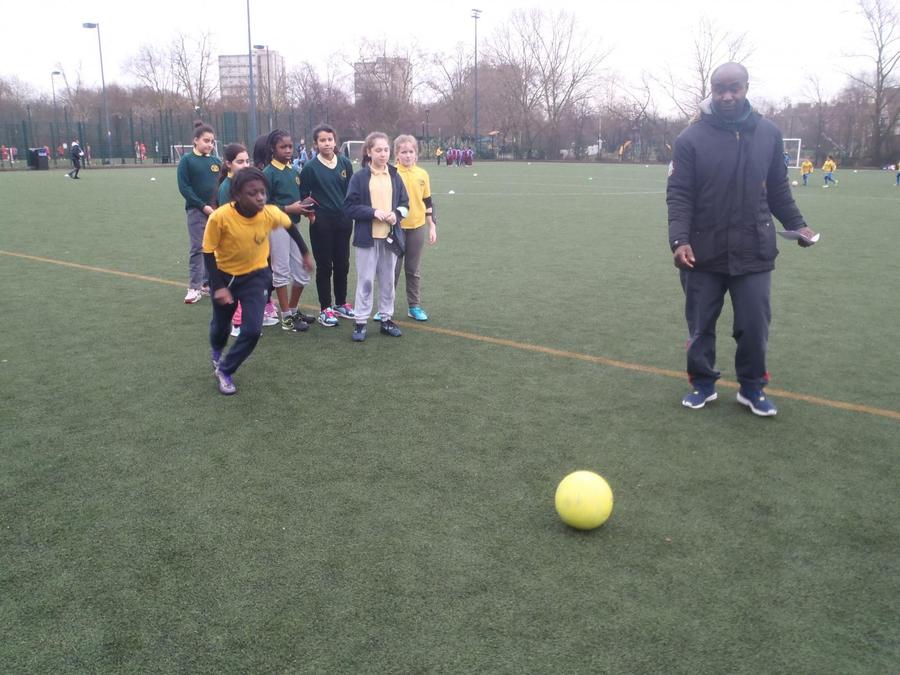 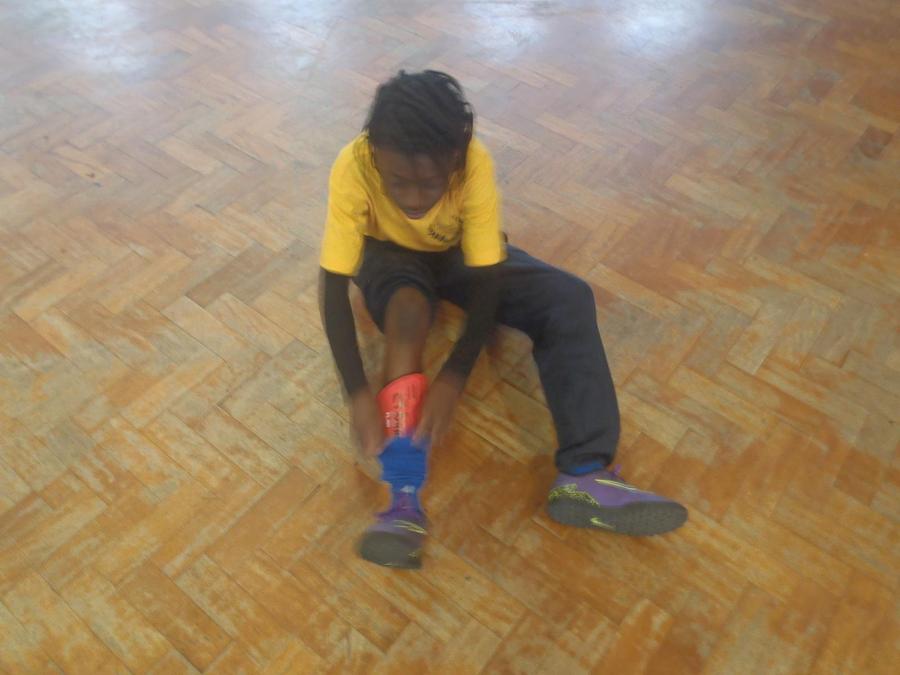 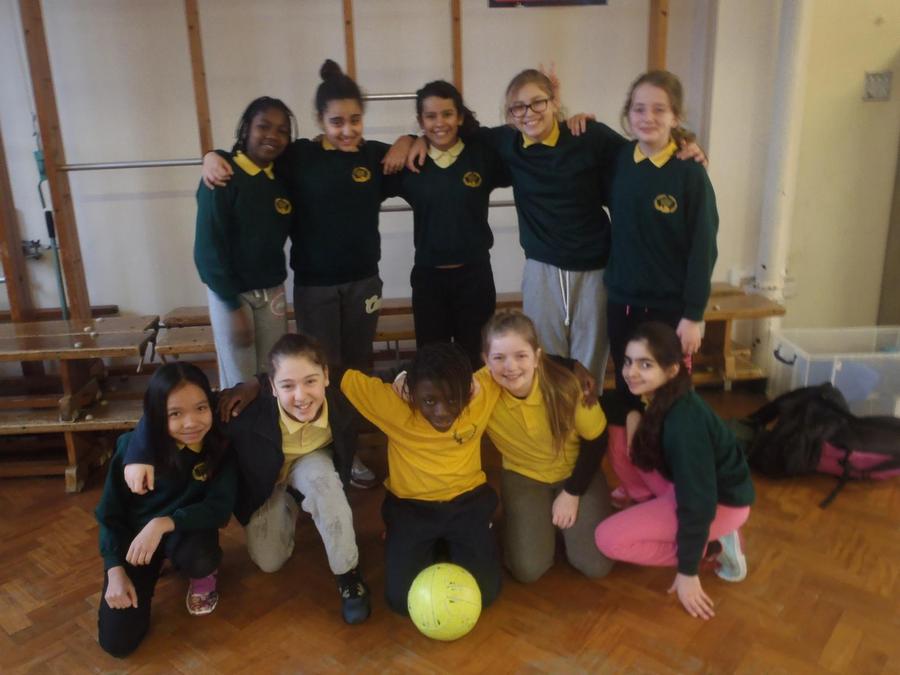